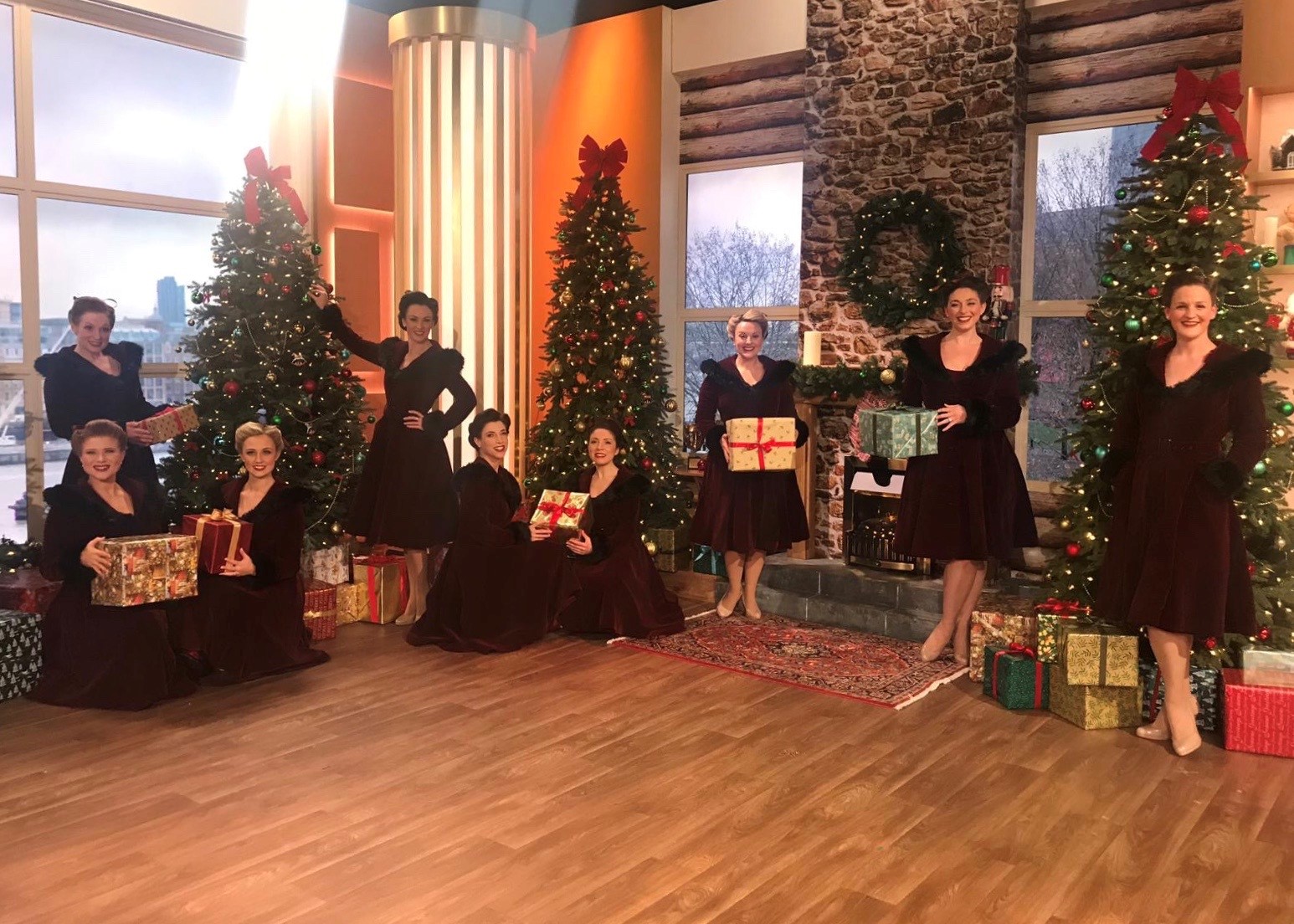 As 2019 comes to a close, along with the 75th anniversary of D-Day and the Battle of Normandy, The D-Day Darlings have been reflecting on the highlights of the year whilst looking ahead to more exciting memories yet to be made in the run up to Christmas and throughout the coming year.

Since reaching the finals of Britain’s Got Talent in 2018, the Darlings were signed to Sony Music and went on to release their debut album, ‘I’ll Remember You’, which reached number 15 in the official album charts. Having sold over 60,000 copies, the Darlings were presented with a Silver Disc award and became recognised as the best-selling female group from Britain’s Got Talent, receiving a BRIT Certified Breakthrough Award.

This propelled the group into the spotlight as they made a number of media appearances, serenading the audiences of ITV’s Lorraine and This Morning as well as listeners of The Michael Ball Show on BBC Radio 2 along with many other radio and TV programmes.

Over the year that followed the release of their album and subsequent accolades, the wartime group had the opportunity to commemorate the 75th anniversary of D-Day with performances at a number of significant events, including the MV Boudicca cruise to Normandy, the RHS Chelsea Flower Show for the unveiling of The D-Day 75 Garden and at Union Chapel, London where they premiered their new theatre show in front of Royals – to name but a few.

More recently, the group turned their attention to Armistice commemorations and, along with raising funds and awareness for Poppy Day, they visited care homes and veterans across the UK where they shared the memories and stories of many inspiring individuals who encountered wartime Britain first-hand.

Attending the Festival of Remembrance at the Royal Albert Hall was also a momentous occasion for the Darlings, who were humbled to be amongst Royalty, veterans and members of the Royal British Legion, a charity they have supported since forming over 10 years ago. Of course, visiting their idol, Dame Vera Lynn, at her home and quickly becoming ambassadors of the worthy cause, Dame Vera Lynn Children’s Charity was another unforgettable experience for the group.

Demonstrating a commitment to passing on the message of Remembrance to future generations, director and leading member of The D-Day Darlings, Katie Ashby, founded and launched mini group, The D-Day Juniors. Consisting of children aged between 6 and 16 years, the troupe also performs classic wartime songs and original material, having released their own single and music video, ‘Pass It On’. The Juniors have already performed at high-capacity venues in front of large audiences and have just added to new members to the cast in preparation for an exciting opportunity which will be announced shortly.

It’s undoubtedly been an incredible year but it’s not over yet and the Darlings will be returning to the air waves and TV screens in the coming weeks to perform a mixture of songs from their album and Christmassy classics, and will be promoting their latest single – an original festive song of Remembrance titled, ‘A Christmas To Remember’, soon to be released on Spotify and iTunes.

Looking forward to 2020, the Darlings will be commemorating the 75th anniversaries of VE Day and VJ Day and, together with The D-Day Juniors, they’ll be continuing efforts keep to the wartime spirit alive and into the new generation. And, as Christmas is a time for giving, the Darlings and Juniors will carry this message through the coming months as they endeavour to support the charities closest to their hearts – The Royal British Legion, Dame Vera Lynn Children’s Charity and Scotty’s Little Soldiers.

For now, The D-Day Darlings would like to thank everyone who has followed them on their journey so far and wish all their supporters ‘A Christmas To Remember’.